NDPC holds retreat for its Commissioners 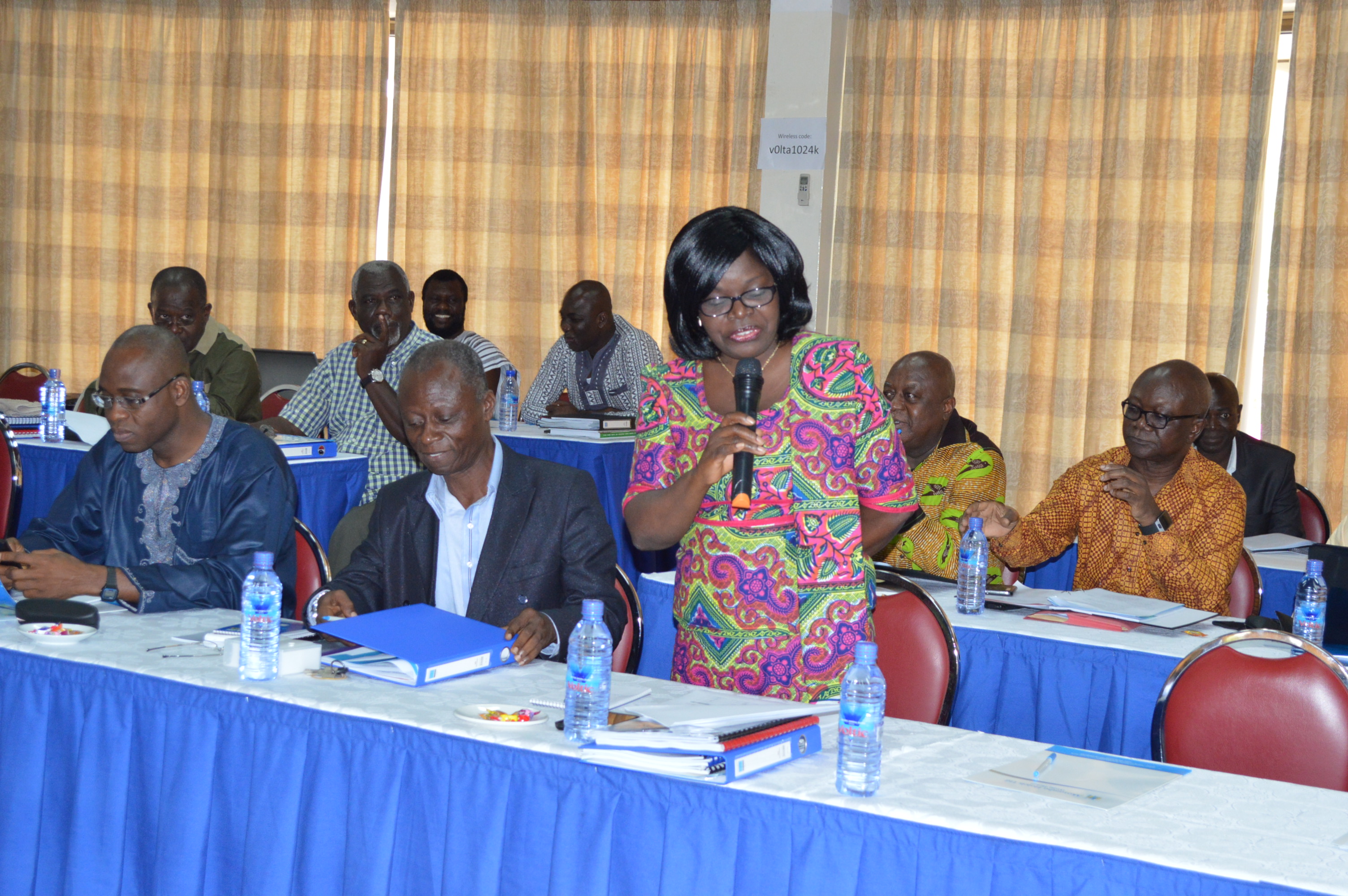 In her opening remarks, the Vice-Chairperson of the Commission, Dr. Esther Ofei-Aboagye, said Ghanaians expected the Commission to take seriously their aspiration for a long-term national development plan, since it was such a plan that would ensure inclusive, equitable and sustainable development for the country. She said she was happy that some of the members of the previous Commission had been retained and hoped the new Commission would benefit from their institutional memory and guidance.

Speaking on the topic “Roles, responsibilities and expectations of Commissioners”, Mr. Mike Gabah of the Public Services Commission, said the broad roles and responsibilities of the Commissioners were to ensure the determination of the strategic direction of the institution and of the country, which meant that the Commission was to play the role of a think tank in providing direction in efforts to solve some of Ghana’s problems. Other roles included preparation of annual reports accompanied by audited accounts, and monitoring and evaluation of the performance of state institutions. He also drew attention to some of the challenges facing public service governing boards.

The NDPC Director-General, Dr. Nii Moi Thompson, spoke on the “History, functions and the state of the Commission.” He said that since 2014, efforts had been made to restructure and reposition NDPC to perform its functions with the highest professional standards and with three strategic objectives: (a) Produce timely development plans; (b) Improve monitoring and evaluation; and (c) Influence policy formulation and discourse. Attaining these goals would put NDPC ahead of the development process rather than following it, as had been the case.

He said there needed to be an integrated development framework that addressed social, environmental and economic development. Underlying all of these should be the institutional development that provided the foundation for development goals to be achieved. In conclusion, he said efficiency, equity, sustainability and transparency were the four principles that should characterise development planning in Ghana.

Speaking on the “Roadmap for the Long-term National Development Plan,” the NDPC Director for Plan Coordination, Dr. I.F. Mensa-Bonsu observed that the Commission was working hard to produce an approved National Long-Term Development Plan since there have been many failed attempts in the past. Highlighting the process and some of the lessons learned, he said that memoranda were solicited from the general public and interest groups through advertisements in the newspapers, adding that the leadership of Parliament was also consulted when national, consensus-building programmes were undertaken.

A document was then drafted for the Cross-Sectoral Planning Groups to discuss while experts were invited to review the document. He noted that the future looked bright since the demand for a long-term plan continued to dominate many discussions.

“An indication of the roadmap suggested various consultations to be undertaken once again. For example, this time round, an essay competition will be organised for schoolchildren on the future they want for Ghana. Online platforms will be created to ensure that the general public is widely consulted on the process.”

In his concluding remarks, Dr. Thompson said that plans were far advanced to rebrand NDPC to enable it to play its role efficiently as the apex body for development planning in the nation.